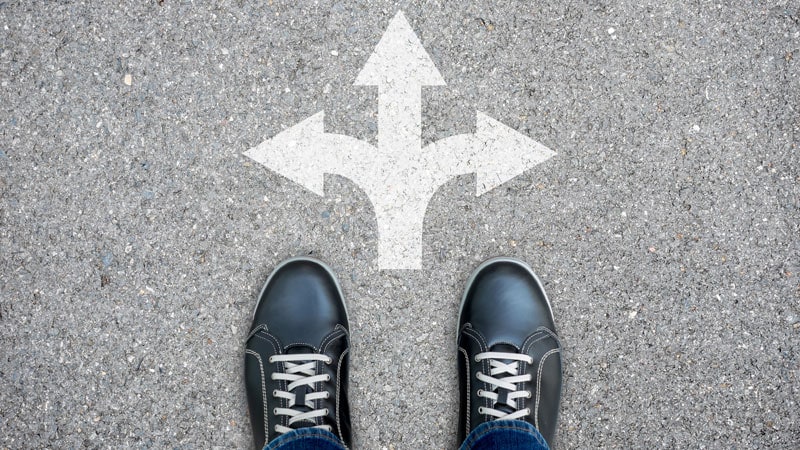 A uniquely-designed three-drug study has demonstrated that individual clinical characteristics, including patient preference, can be used to guide medication choice in type 2 diabetes.

Results from the TriMaster trial using sitagliptin, pioglitazone, and canagliflozin as second- or third-line therapy in a total of 525 patients with type 2 diabetes were presented September 29 at the virtual European Association for the Study of Diabetes (EASD) 2021 Annual Meeting.

TriMaster is a phase 4, multicenter, randomized, double-blind, 12-month crossover trial examining the effects of all three drugs in subgroups of patients with type 2 diabetes who hadn’t achieved target glucose levels with metformin alone or combined with a sulfonylurea.

While all three drugs lowered glucose similarly overall, pioglitazone did so more effectively among patients with a body mass index (BMI) above 30 kg/m2, while sitagliptin worked better in those with a BMI less than 30 kg/m2. However, pioglitazone resulted in more weight gain.

In a second comparison, canagliflozin (a sodium-glucose cotransporter 2 [SGLT2] inhibitor) was more effective than sitagliptin (a dipeptidyl peptidase-4 [DPP-4] inhibitor) in lowering glucose among patients with an estimated glomerular filtration rate (eGFR) above 90 mL/min/1.73m2, while sitagliptin actually lowered glucose better among individuals with an eGFR 60-90 mL/min/1.73m2 than canagliflozin.

And when participants were asked which drug they preferred, the results were split nearly evenly among the three, correlating with how well the drug worked and the side effect profile for each individual.

“We proved a precision approach worked using predefined clinical criteria to define groups of patients where one drug is better than another. This is the first-ever proof of a precision medicine approach in type 2 diabetes,” chief investigator Andrew Hattersley, DM, professor of molecular medicine at the University of Exeter, UK, told Medscape Medical News.

“Drug choice will need to consider other priorities than glycemia…Patients with heart failure, cardiovascular disease, and chronic kidney disease should be prescribed SGLT2 inhibitors,” he noted. And “some patients will need to avoid specific drugs due to likely side effects.”

Independent commentator Caroline M. Kistorp, MD, PhD, professor of endocrinology at University Hospital Copenhagen, Denmark, congratulated the investigators for “moving precision medicine from the retrospective analysis of existing data into the modern era of evidence-based medicine with this randomized clinical trial in patients with type 2 diabetes…Starting this trial back in 2015 was really ahead of their time.”

However, she questioned the use of a thiazolidinedione (TZD), pioglitazone, in the trial as they are no longer used in many parts of the world in favor of more “modern” glucose-lowering drugs.

“I’m thinking of GLP-1 receptor agonists, especially if you want to treat type 2 diabetes patients who are obese with a BMI over 30…I acknowledge that there is a cost issue but I still think we should try to give our patients the best treatments, so that’s why I’m not sure how much the [TZDs] will be used in the future, even with this trial,” she said.

Kistorp also noted the trial didn’t include cardiovascular disease outcomes, for which most SGLT2 inhibitors have shown benefit.

“We have to discuss and consider whether A1c is the most important parameter for these patients…especially looking at their cardiovascular outcomes.”

Hattersley responded that the study was designed in 2015, prior to the landmark EMPA-REG OUTCOME trial that began the shift toward use of SGLT2 inhibitors for cardiovascular and kidney disease reduction in addition to glycemic control in the clinical management of type 2 diabetes.

“We will report the cardiovascular profiles but it wasn’t a specific thing because at that time the evidence didn’t exist, so it wasn’t in our protocol,” he explained.

Regarding pioglitazone, he acknowledged that although it may be an alternative to insulin for some patients, “I think for most people you won’t be considering it in clinical practice,” but because it has a very different mechanism from the other two study drugs, “it did give the greater chance of differential effects…Partly, what we’re really trying to do is test the question of whether precision medicine exists and can we do it.”

Unique Study Design Had Each Patient Act as Their Own Control

Each participant received each of the three medications as second- or third-line oral therapy in random order — in one of six possible sequences — for 16 weeks each, with no washout period in between (to prevent dropouts due to hyperglycemia). Thus, each participant acted as their own control.

A total of 458 participants completed all three study periods.

Without stratification by patient type, there was no overall difference in A1c reduction between the three therapies, with all achieving about 59-60 mmol/mol (7.5%-7.6%) from a baseline average of 69 mmol/mol (8.9%).

“So, if we were to treat the patients with the drug that is optimal for their strata…this would lead to a benefit of about 3 mmol/mol compared to if those patients were treated with the other drug,” Shields said.

By BMI, there were no significant differences by drug or strata for tolerability, defined as staying on drug for at least 12 weeks (P = .2), nor in the percentage of patients reporting at least one hypoglycemic episode (P = .6).

However, pioglitazone was associated with higher weight gain in both BMI groups, resulting in a 0.93 kg difference overall (P < .001), although it was higher in the higher BMI group (1.9 vs 0.97 kg).

Patients Compared Their Own Experiences With Each Drug

Patients were asked about their drug preferences after being reminded about their own changes in A1c and weight with each one. The result was a split: 25.8% picked pioglitazone, 34.8% sitagliptin, and 38.7% canagliflozin.

In response to an audience question about durability of the results given the relatively short trial periods, Hattersley said: “We’re following up these patients who have chosen their drug, and on the whole, their primary care doctor agreed with them. So we’re following that up as a prospective cohort. We’re looking at tolerance and response, and also to see if they’re still happy with that drug. That will be a future analysis.”

The TriMASTER data will be submitted for publication soon.

TriMASTER was funded by the UK Medical Research Council. Hattersley and Shields have reported no relevant financial relationships. Kistorp has reported receiving honoraria from and/or is on advisory boards for AstraZeneca, Novo Nordisk, Boehringer Ingelheim, MSD, Otsuka Pharma, and Chiesi.

Miriam E. Tucker is a freelance journalist based in the Washington, DC, area. She is a regular contributor to Medscape, with other work appearing in The Washington Post, NPR’s Shots blog, and Diabetes Forecast magazine. She is on Twitter @MiriamETucker.

Tips for having healthy life