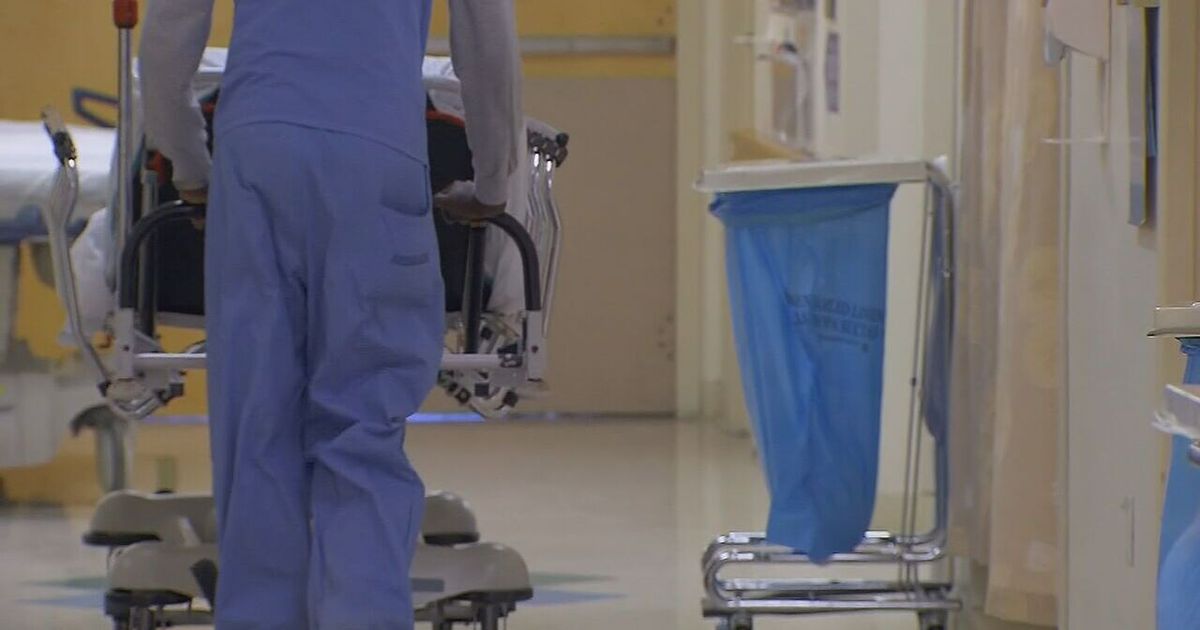 Additionally, life expectancy dropped by two years in the Asian community and nearly two and a half years in the White community, the report shows.

I can relate. Seven members of my own family died unexpectedly during a 12-month period between 2021 and 2022. While two were in their 80s, two other family members were in their 40s. Three were in their early 60s.

Non-Covid deaths are occurring sooner than expected according to research data. And it suggests that deaths caused by factors such as heart or kidney disease, stroke, suicide, and drug overdoses has a lot to do with increased stress, which can contribute to those conditions.

Pastors and non-profit leaders in Black and Hispanic communities say life has changed for some people since 2019, and they are counseling and providing assistance in greater numbers than during the height of the pandemic.

“I think people are just trying to find their place … their new normal.”

“For some years we thought that was affecting the non-Hispanic White population. It’s now affecting other groups as well. I cannot tell you why,” Arias said.

The CDC’s National Center for Health Statistics estimates there were a total of 107,000 deaths by drug overdoes last year.

Arias said that overall declines in life expectancy are not surprising given COVID and the disparity in socio-economic conditions for some groups of people. But the size of decreases are unexpected.

Before the pandemic, changes in life expectancy were in fractional increments, she said.

Arias said that prior to the pandemic, the Hispanic population maintained lower mortality rates compared to African Americans despite both groups experiencing socio-economic barriers.

“Whatever it was that was protecting them before was not able to protect them against (the underlying effects) of a pandemic like this,” she said.

In 2020, COVID accounted for 90% of the decline in life expectancy for Hispanics, 50% for African Americans and 54% for Native Americans.

But in 2021, COVID accounted for nearly 26% of the decline in Hispanic communities.

Chronic liver disease, which can come from alcohol abuse, explained 5.1% of the decline for Hispanics in 2021 compared to .4% in 2020. Other causes of death, according to the report, accounted for 30% of the decline.

For Native Americans, the rate for unintentional injuries doubled in 2021. Chronic liver disease increased to 19% from 3% in 2020 as a cause for the decline in life expectancy.

Leaders of two community service organizations said anxiety among their clients has led to great mental health needs since 2020.

Belisa Urbina, co-founder of Ser Familia, which provides family, social and mental health services to the Latino community, said the nonprofit currently has 6,000 clients, a 30% increase since 2020. That year about 25% of teenagers receiving services had suicide ideations, Urbina said, adding that today its more than 50%.

“Sometimes we (have) four times the number of cases that we regularly see,” she said. “They need mental health services. And other things we are seeing is suicide ideation especially among teenagers. That is something we weren’t initially prepared for.”

Many client families at the nonprofit don’t have health insurance and at the height of COVID received misinformation through social media that was posted in Spanish.

“That put them in a more vulnerable position when it came to looking for health services,” Urbina said. “People with chronic conditions were in a worse position to manage diabetes and high blood pressure.”

Pierluigi Mancini, a national consultant on behavioral health, said the lack of access to primary care can lead to death.

The national mental health crisis hotline 988 offered limited accessibility to callers who solely speak Spanish when it launched earlier this year, he said. “Very few people in the Spanish speaking community even know it exists … or that they can press 2 for Spanish,” he said.

And for varying reasons some people in communities of color can be reluctant to seek health care.

Urbina said that in 2020 a client with COVID left the hospital with a $1 million bill. “Obviously those stories circulated among our families and everybody says, ‘I would prefer to die at home and not bankrupt my family,’” she said.

Pastor Marlin D. Harris of New Life Church in Decatur said distrust of doctors can be common in Black communities — particular by Black men regardless of low- or middle-income status.

According to the Vital Statistics report life expectancy for Black men is about 67-years old, and 75-years-old for Black women.

Harris provides support to the homeless and working poor through New Life’s nonprofit community center. The center has a waitlist of more than 600 people in need of food, rent assistance for overdue payments, or financial help moving from motels into permanent homes.

New Life also holds health fairs. Harris said 90% of health issues of the people in need are not related to COVID. Kidney disease, high blood pressure and diabetes are among the most common ailments in Black communities, he said.

“Kidney disease causes high blood pressure which can cause diabetes … Most people don’t make that connection,” he said, adding that most uninsured receive generic prescriptions from doctors.

“Most people are walking around under or over medicated and not treated,” he added.

Arias said data in the Vital Statistics report does not include racial bias or stress directly, but research is beginning to evolve.

The CDC’s National Health Interview survey is working to add questions related to racism and fund research “that is looking at the impact of racism biologically, she said. “That’s a very positive improvement.”

Adrianne Murchison is in her second stint as a staff reporter for The Atlanta Journal-Constitution. She returned in 2020 and is now covering local news and government in north Fulton.