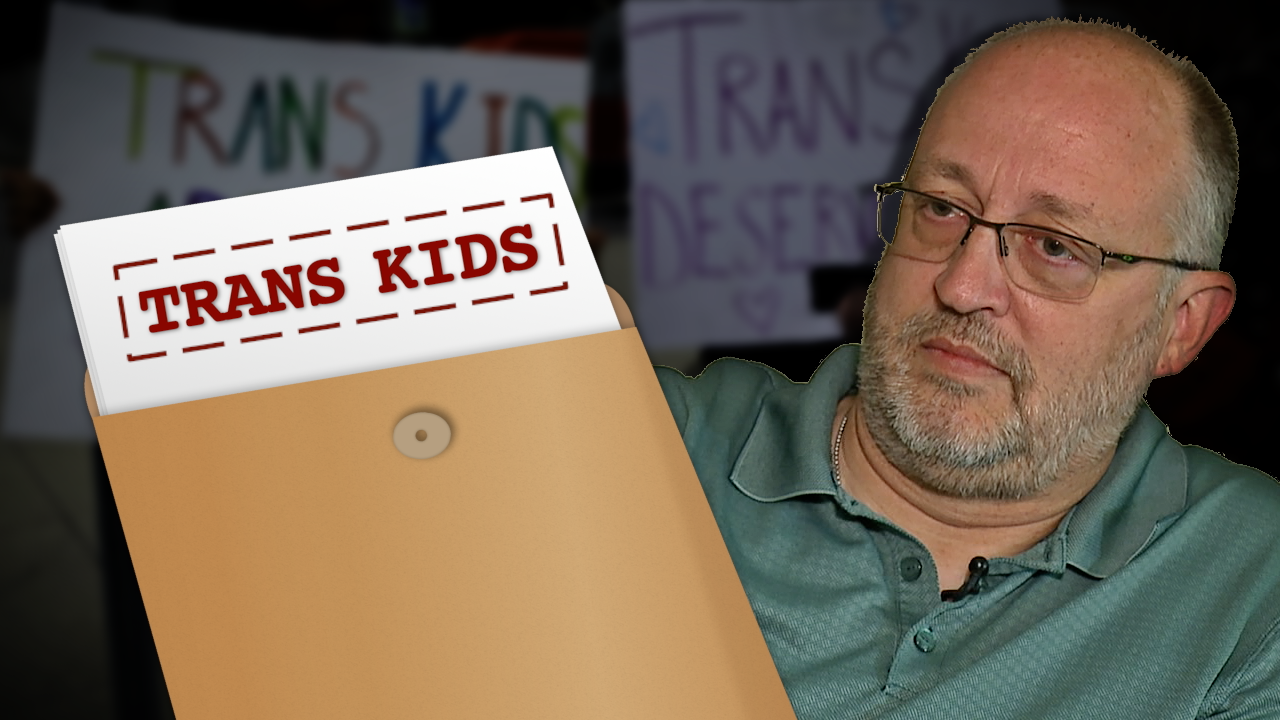 The following article was originally published on News5Cleveland.com and is published in the Ohio Capital Journal under a content-sharing agreement. Unlike other OCJ articles, it is not available for free republication by other news outlets as it is owned by WEWS in Cleveland.

Ohio Republicans updated a bill that severely limits healthcare for LGBTQ+ youth with a new provision that activists worry would create a type of registry for transgender kids.

In a packed hearing with two overflow rooms, dozens of opponents gathered to testify Wednesday against House Bill 454, a bill that was set to ban gender-affirming care for minors. This includes puberty-blockers, hormone replacement therapy (HRT) and some mental health services.

But a special guest flew in from California overnight to make her voice heard. Jeopardy! champion Amy Schneider is famous for her 40 game show wins in a row, but she took on a very different challenge Wednesday.

“The experience of being trans is hard to understand from the outside, I get that,” Schneider told OCJ/WEWS. “The more people who can hear from actual trans people what it is really like — and not just all the stereotypes and demonization — then it can really change people’s minds.”

Schneider is a trans woman and was one of the dozens of people to testify against the legislation.

“Children’s lives depend on the fate of this bill,” she said in her testimony. “[If I was told I could no longer receive hormone therapy? I don’t know if I could go on living.”

H.B. 454 was introduced by state Rep. Gary Click, a Republican from Vickery. It received national backlash following an OCJ/WEWS investigation that revealed the bill impacting the LGBTQ+ community was written without a basic understanding of the people it would impact and that the lawmaker had never spoken to any members of the trans community before authoring, introducing or giving testimony on the bill.

But the bill got a facelift following the controversy. Leaked to OCJ/WEWS, sub-H.B. 454 drastically changed the legislation. Instead of an outright ban on gender-affirming care for LGBTQ+ minors, the language has shifted to allow for more parental say and some exceptions.

“Without News 5, it’s possible that the original legislation would have been pushed earlier as a strategy to get a conservative base motivated in the lead-up to the midterms,” Ogden said. “Instead, thanks to critical coverage like News 5’s piece, the bill has become an embarrassment for the Republicans in the statehouse, and they are now trying to distance themselves.”

OCJ/WEWS reached out to bill sponsor Gary Click, but he did not respond prior to the hearing.

Ogden is not impressed by the bill’s changes.

“This legislation is a shameful attempt at appearing to compromise while actually still functionally banning gender-affirming care for new patients,” Ogden said.

Previously, it would prohibit gender-affirming care from trans and nonbinary youth, including hormone blockers, hormone replacement therapy (HRT), medical or surgical procedures and some mental health services. Healthcare professionals who provide this care could lose their licenses and be sued. Public funding would be taken away from institutions that provide care for transgender young people. Insurance providers and Medicaid would not cover gender-affirming procedures for minors. The original bill would make counselors tell parents if the minor is having any thoughts related to their gender, which has opponents citing concerns for the child’s safety.

The bill now differentiates between different types of gender-affirming care, still prohibiting gender-confirmation surgery (referred to as “gender-reassignment surgery” in the text) for minors but appears to soften other guidelines, which Ogden reaffirms is not how she or other LGBTQ+ advocates see it.

“The previous version of HB 454 was straight to the point: No gender-affirming care for minors in Ohio,” she said. “Now this same attempt at banning life-saving care has been turned into a convoluted bureaucratic mess.”

The new bill states that physicians can refer a minor to a mental health professional for the diagnosis or treatment of a gender-related condition as long as the parent or guardian is aware.

But trans youth would have a steep slope to actually getting access to hormone blockers or HRT. The physician can prescribe them if the patient meets a list of five requirements.

The minor must have received counseling for at least a two-year period. The services have to include gender dysphoria, mental health and “the risks of gender transition,” the bill states.

Physicians must screen the minor for other comorbidities that may be “influencing” the gender dysphoria, to ensure that the issues are treated and stabilized for at least two years. These “comorbidities” include depression, anxiety, ADHD, autism spectrum disorder and any other mental health conditions.

The patient must be evaluated for physical, sexual, mental and emotional abuse or other traumas. The physician must ensure that “any traumas are treated.”

Just like with some of the new abortion bills being heard in the House, this bill would require a physician to get agreement from another physician who agrees with the treatment plan for the minor. These physicians cannot be affiliated or related.

The medications aren’t allowed to have any potential side effects, including an increased risk of vaginal, penile or testicular atrophy, permanent loss of libido, sterility, endometrial carcinoma or polycystic ovary syndrome.

Brand new to the bill, physicians would now have to report different aspects of their patient’s medical information to the state, in theory creating a type of registry of trans kids.

Each physician who prescribes puberty blockers or HRT must share:

Physicians have a set of guidelines and code of ethics that say this information is protected and confidential, according to HIPAA and Section 3701.74 of the Ohio Revised Code. Also, the only information physicians typically report directly to ODH is infectious diseases or STIs.

“Woven throughout the sub-bill are medical terms and definitions that could very likely have unintended consequences in other areas of clinical care,” President & CEO of Ohio Children’s Hospital Association Nick Lashutka said in his testimony.

However, the bill seemed to attempt to combat this. It does prohibit a physician from reporting to ODH information that identifies or could identify any specific patient.

However, Ogden says there is enough information to identify a patient because there are so few minors who go through this process. Ogden said the amount of information needed is excessive and “seems to deter doctors from providing this care.”

There are total exceptions for minors who are intersex, those who need treatment for “disorders of sex development,” treatment of “infections, injuries, diseases or disorders that were caused by or exacerbated by the performance of gender transition services,” mental health services and any services included that are not gender-affirming care services.

Medicaid will be able to cover anything that falls under an exception.

Click did not answer any of OCJ/WEWS’ questions but did respond to other reporters about the changes.

“They need to work through this to make sure this isn’t a phase, it’s not a social contagion,” he said.

The lawmaker said this was a “compromise” in hearing “both sides.”

“I heard all of these arguments before, so nothing, I didn’t hear anything new today,” he said. “And I’m so glad that they came because everyone has a right to be heard.”

Right now, it’s unclear what will happen. It wasn’t voted on in committee so it will need at least another hearing to decide if it is sent to the full House floor for a vote.

“Leave trans people alone and let us live our lives,” Schneider said. “Just set this aside, go work on something else.”

GET THE MORNING HEADLINES DELIVERED TO YOUR INBOX