Mind and body: Anthes’ fitness program focuses as much on clients’ mental and emotional well-being as their physical health 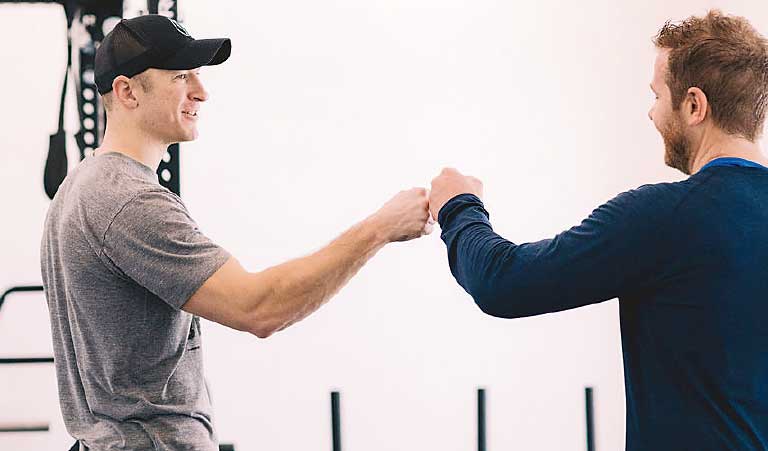 There are transformations that Bill Anthes knows people have come to expect to be promised by fitness programs. Six-pack abs and the chance to fit into a dress maybe coated with a several-decade layer of dust are among them. 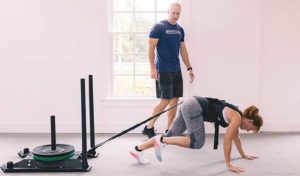 With his fitness business, Anthes instead vows to help people with a transformation he assures few other workout programs can — a change that occurs beneath the surface.

After serving in the Army Special Forces, and working as a Big Four accountant before that, Anthes launched a local business that focuses as much on clients’ mental and emotional well-being as their physical health. That business, BTWN THE EARS, has introduced that approach to the Far Hills community since opening a facility there in 2020.

It’s a small enterprise that Anthes expects will remain tight-knit in terms of its physical footprint. The former Green Beret is, however, hoping to have a far-and-wide influence on the philosophy of other fitness professionals in the long run.

That philosophy begins with paying attention to how a client’s day might have been before they stepped foot into the gym.

“It requires courage to communicate to a trainer that today might not be the day to burn it down,” Anthes said. “Unfortunately, in the fitness industry, crushing yourself like that is the dominant narrative. People sometimes use workouts to punish themselves. And that’s a twisted way to go about it.”

A fitness program without any of the physical components would be a hard sell. And Anthes — who has always put fitness at the forefront, as a local soccer standout and Hall of Fame inductee at Montclair State University — isn’t offering that. The Far Hills facility he runs today does all the familiar reps and sets. He’ll add that nothing about it is easy.

The goal of his private training facility, which Anthes believes is unique in the region, is to do more than that. He conveyed that it’s not for everyone, but his clientele appreciates the approach.

“We have people who have, in their words, changed their life,” he said. “They’ve been struggling with something like addiction. Onboarding them with our methodology allowed them to feel like they’re in control of it and no longer bound to it.”

Anthes cites his own healing process before, during and after his five years in the military as influential in his interest in pairing the physical with the psychological. To ensure he wasn’t out of his depth in that, he earned a master’s degree in social work to get experience as a practicing therapist.

He uses that education daily — not so much the accounting degree that landed him a job at PricewaterhouseCoopers before his military enlistment. 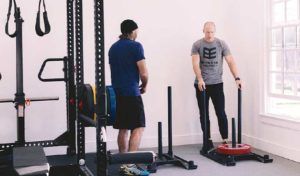 With a weight bench as a stand-in therapist’s couch, Anthes is enthusiastic about helping people learn more about themselves. Hopefully, he said, his center is going to help people live “a more fully engaged life.”

“We’ve believed strongly in the model,” he said. “And, so far, it has proved to be something curious, open-minded and willing people really resonate with.”