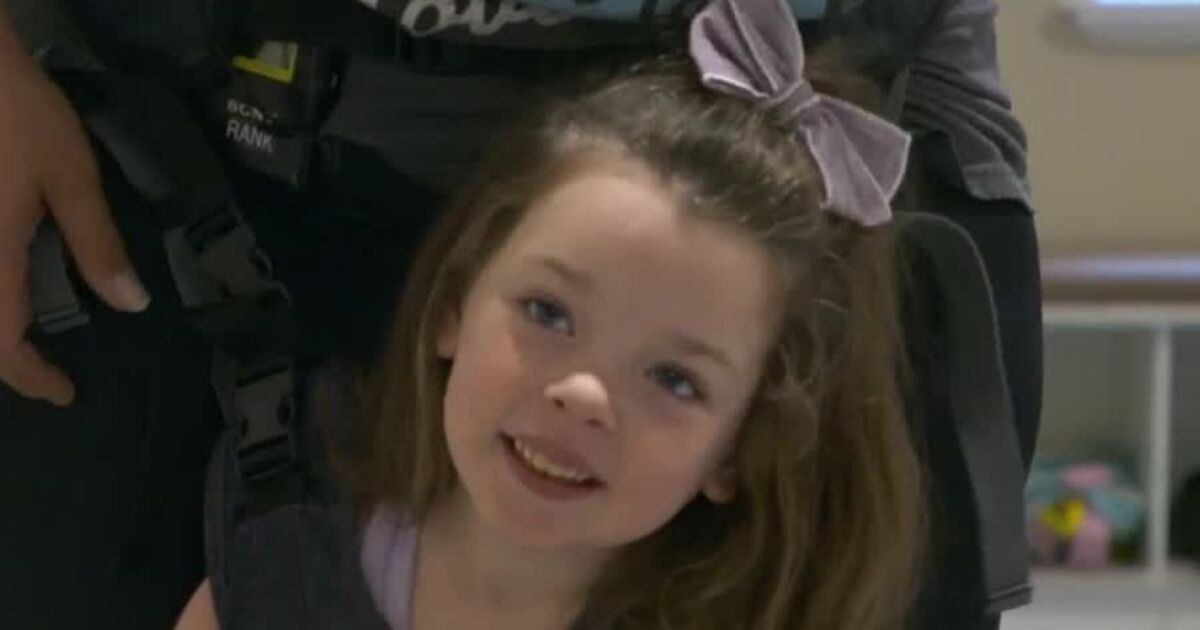 A Tooele County family is hoping for answers from the FDA, after they said the FDA denied approving a life-saving medication that is allowing their little girl to survive a rare childhood disease.

Music filled Shellie’s Dance studio in Grantsville Thursday evening, along with the sound of tap shoes shuffling on the floor.

A group of four- and five-year old girls held onto a bar, practicing shuffle hops and shuffle ball changes.

They were learning the foundations of fancy footwork, getting the hang of toe-heels and heel-toes, with a little help from the dance teacher.

“Good!” Miss Emily said, praising the girls. “Hands on your hips,” she reminded them.

Willow needs more help than her classmates, because even though she loves dance, Willow can’t walk.

The four-year old has Niemann-Pick type C, which Willow’s mom described as a rare, inherited lysosomal storage disorder disease. Willow’s body can’t process cholesterol and other fatty lipids, Krystal Samuelson explained, so it causes an accumulation of lipids in her daughter’s body. Tissues in the brain and other places begin to die off because of that.

“Niemann-Pick is often referred to as childhood Alzheimer’s disease, because it does affect her cognition pretty severely,” Krystal said.

Willow uses a device that allows her to be strapped to her dance teacher standing up, with her feet next to the teacher’s feet. As the teacher moves, so does Willow.

She may not able to walk on her own, but Krystal described how it’s a huge improvement over where her daughter was last year– when doctors began losing hope. Willow was regressing fast, and losing her abilities to function.

A picture shows Willow unable to hold her head up and sitting with her head dropped back, chin in the air.

“Based on how fast she’s declining, [her doctor] didn’t expect she had more than a few months to live,” Krystal said.

But then, she found out about a trial medication from Europe and Willow was approved for it in October of 2020. In the months that followed, Krystal described how Willow began to make a complete turn around.

She began to crawl, move around, and feed herself again.

Krystal noticed Willow doing things she had never done before.

“She can be watching her favorite TV shows, and laughing at the funny parts. Like she truly understands what’s happening,” Krystal said. “And I thought that was something we’d never see.”

In June Krystal found out that the medication, called arimoclomol, could stop arriving at their house at any moment because of a hangup with the FDA.

“In June, the application that the pharmaceutical company submitted to the FDA was denied,” Krystal explained.

She said that companies can only operate for so long without FDA approval, because they’ll run out of funding. Every month, Krystal wonders if it’ll be Willow’s last shipment of arimoclomol.

“It will devastate not only my family, but all of the families who are currently on this medication. It means the world to us,” she said.

In a couple of weeks, Krystal said the pharmaceutical company is once again going before the FDA to present additional data and research. She’s hoping the FDA will change its tune.

Krystal said there is a change.org petition with the goal of increasing access to medicine for kids with Niemann-Pick Type C. She also said that Congress will be briefed on the disease, and Krystal is hoping for a positive outcome.

“I hope that we can eventually get approval before funding runs out,” she said.

In Krystal’s eyes, her little girl’s life depends on it.

“She will go downhill very quickly,” Krystal said, describing what will happen if Willow stops taking arimoclomol. “This medication is essentially sustaining her life right now.”