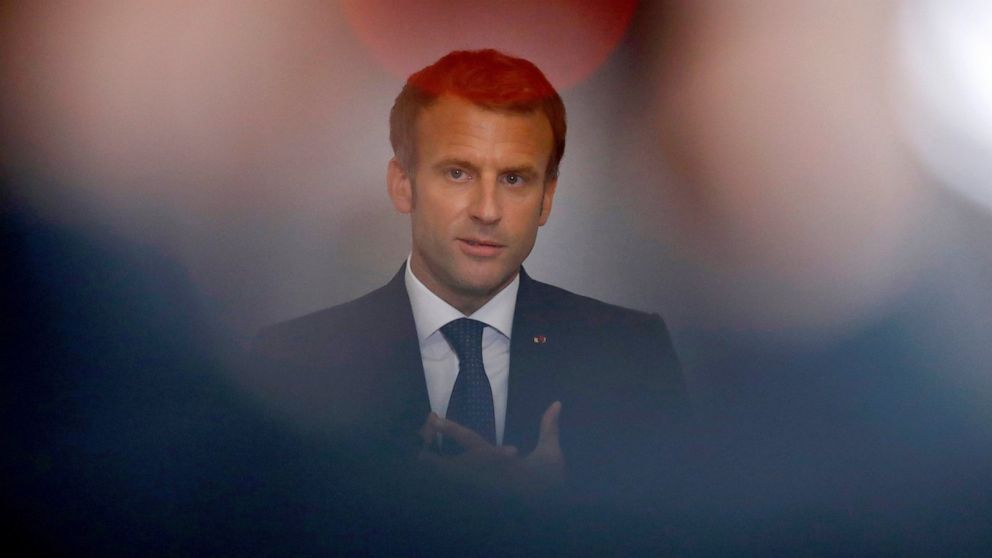 PARIS — Treatment for psychological problems will be funded by France’s government starting next year, the president announced Tuesday, amid growing awareness and concern about mental health.

Acknowledging both the psychological impact of government virus restrictions and past government failures to make mental health a priority, French President Emmanuel Macron announced several measures during a conference with professionals who work in the sector.

As the coronavirus raced across France, “we didn’t want to see the importance of mental health, and we got hit in the face with the fact that health is all-encompassing,” Macron said. “The consequences of the pandemic are just as tangible in mental health” as in physical health.

He described a spike in the number of children seeking psychological treatment and in attempted suicides, notably among teenagers. About 20% of French people suffer from depression, he said.

The French government announced free therapy sessions for children and young people earlier this year, and on Tuesday pledged to extend that to everyone who has a doctor’s prescription. Psychiatric treatment is already largely reimbursed by the state.

A French government survey earlier this month found that 10% of respondents had suicidal thoughts over the course of the year, double the figure found in pre-pandemic surveys.

In many countries, mental health professionals say that isolation during the epidemic has amplified distress, and that lockdowns and curfews have also destabilized people. They describe a sharp increase in people seeking help with anxiety, depression, addiction and other conditions.

Health surveys in France last year pointed to a surge of depression most acute among people without work, those in financial hardship and young adults. The diversion of resources from mental health to battling COVID-19 also has affected patient care.

Keeping children out of school impacted mental health, too, Macron said, as has France’s mask requirement for all schoolchildren. It will be lifted next week for the first time in more than a year.

The government promised to create jobs in state mental health centers around the country to ensure that people in rural regions, who sometimes have to wait months for an appointment, have better access to care.

Psychologists’ unions, which had long demanded more government support, expressed hope that the government would follow through on Tuesday’s promises.

“Mental health is a major issue that is insufficiently addressed in our country,” Macron said. “The means provided for this issue over the years were not up to the task.”