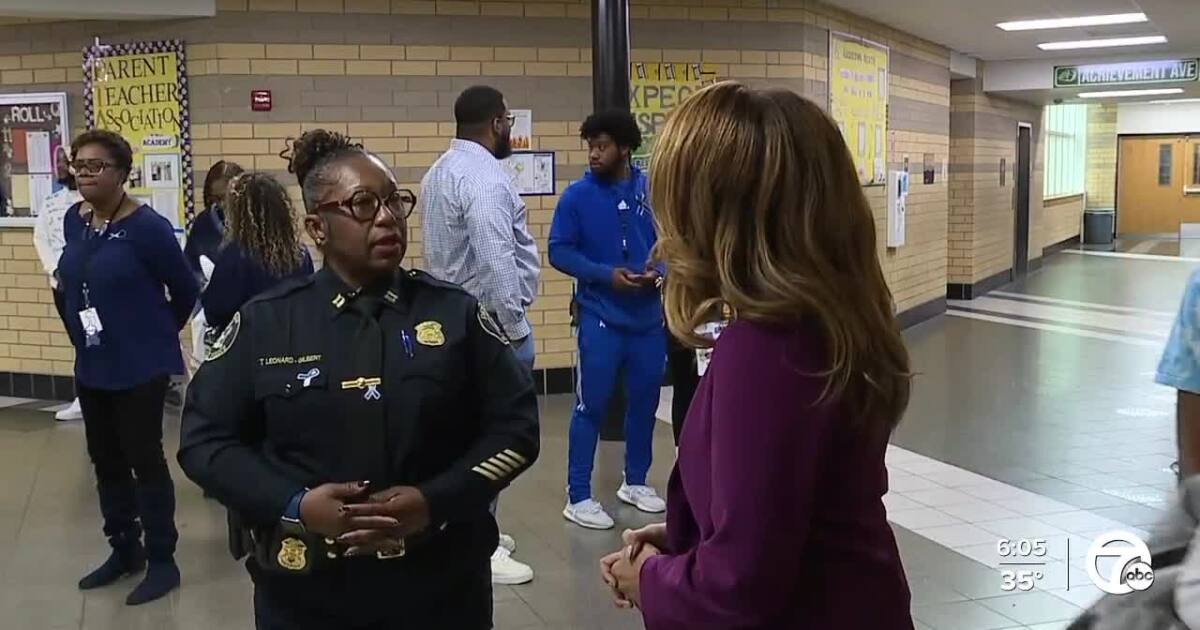 DETROIT (WXYZ) — More than any other time in history. Kids across America are struggling to cope with mental health issues.

Whether depression, anxiety, or trouble coping with daily life.

That’s why today it’s more important than ever to teach young people it’s okay to not be okay.

Carolyn Clifford visited the city of Detroit to show how law enforcement and mental health experts are making a difference in the lives of young people.

On the city’s east side at East English Village High School where the Detroit Police Department and the city’s health department joined forces for a summit on mental health awareness. It’s especially important now when rates of depression among adolescents are at an all-time high.

They took over the high school complete with breakout sessions and we spoke to one young lady who was courageous enough to share her own battle with mental health issues.

Kentaira Graham is the picture of confidence with dreams of becoming a full-size model. but in middle school, she had thoughts of suicide.

WXYZ’s Carolyn Clifford asked, “Who reached out to you?”

“I did. I reached out for help because I knew people cared about me,” said Kentaira Graham.

Graham who is a Junior at East English Village High School was among nearly 700 students taking part in a Mental Health Summit today. According to Citizens Research Council of Michigan, one in five youth have a diagnosable mental health disorder.

Dozens of officers from the Detroit Police Department and Detroit Public Schools Community District joined forces with the city’s health department to make this summit happen. Over the past 10 years, twice as many teens and young adults have had major depressive episodes and suicide is now the second leading cause of death for teens ages 15 to 19.

WXYZ’s Carolyn Clifford asked, “How do we teach them it’s okay to say we’re in trouble?”

“We keep beating down the drum to say It’s ok not to be okay. We need to break that stigma,” said DPD Captain Tonya Leonard-Gilbert.

Former NBA basketball great Earl Cureton who attended this high school when it was Finney High was also on hand to share his knowledge about making it through challenging times.

“Back in the day, we wouldn’t talk about. I think it’s important to talk about mental health,” said Earl Cureton.

Experts from Planet Fitness had tips on dealing with mental health with exercise.

Research shows no clear link between mental illness and violence, but school shootings like at Oxford High, and officer-involved shootings with people dealing with mental health issues are getting a lot of attention.

For students levels of depression after the pandemic have skyrocketed which makes an event like today vital.

For Kentaira one of today’s speakers, it took courage to share her story and no doubt she helped someone who might be suffering in silence.

This is the first of many summits they have planned to do across the city at each and every high school in Detroit.