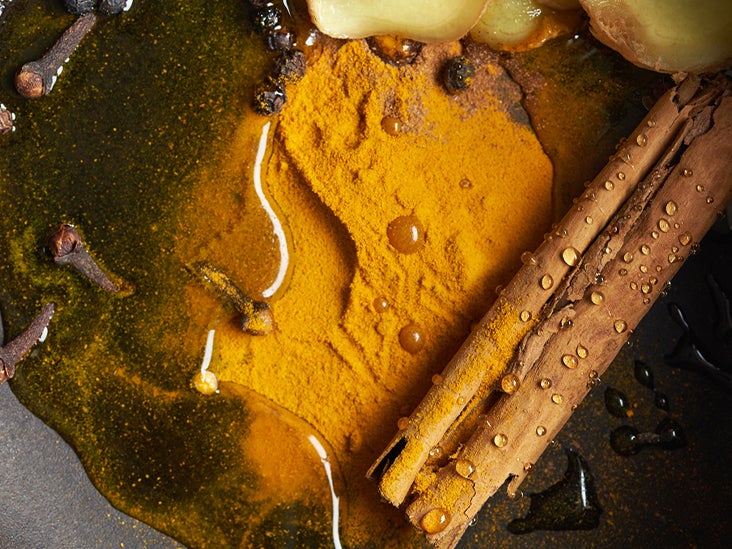 Aruna Bhargava first learned of the Ayurvedic tradition of her ancestors from her grandmother.

Like many Indian elders, Bhargava’s grandmother kept the tradition alive by sharing its many practical day-to-day uses with her grandchildren.

“Even as children, we were told which foods were ‘cooling’ and which ones were ‘warming’; who among my brothers or sisters had a vata constitution and who had a pitta or kapha constitution,” says Bhargava.

Vata, pitta, and kapha are the three doshas, or humors, that come from the five elements of earth, wind, water, fire, and space. In Ayurveda, the balance of the doshas is integral for health and well-being.

The administered foods changed with the seasons and even the time of day. Yogurt was recommended in summer for its cooling effect, but not in the evenings because it produced phlegm.

As a staple in Bhargava’s life, her grandmother naturally taught her grandchildren and great-grandchildren the foundational tenets of Ayurveda.

In her opinion, all illnesses were linked to poor digestion. A healthy digestive system and a supple spine were the core principles of good health.

“The body was a whole unit,” says Bhargava.

To that end, her grandmother suggested starting the day with warm lemon water for good digestion, followed by yoga stretches to wake up the body.

When Bhargava’s baby suffered from colic, her grandmother made fennel tea to give her great-granddaughter, a preparation method known as “kashayam,” or “decoction,” in Sanskrit.

When Bhargava was a young girl, she didn’t see much value in her grandmother’s cures. Spending much of her time in English boarding schools, she found her grandmother “terribly old-fashioned.”

Due to colonial-era reform implemented in 1835 by British scholar Thomas Babington Macaulay, all local languages and Indigenous medicines, including Ayurveda, were eliminated from both curriculum and “civilized communities.”

Known as the English Education Act, Macaulay’s reform argued against teaching in languages such as Arabic and Sanskrit “in which… there are no books on any subject which deserve to be compared to our own.”

This reform continues to influence the Indian education system to this day, even after India won its independence from the British in 1947.

As an impressionable young student living on school premises, Bhargava was heavily influenced by the educational system that taught her to look down on her culture and traditions.

Whenever she came home from boarding school, Bhargava says, she felt like she was living in two cultures: At school, she followed the British way of thinking and behaving. At home, everything centered around Ayurveda.

Although Bhargava wasn’t aware in her youth, she came to understand her distaste for her grandmother’s cures as an adult.

She says that as a child, “I became what Macaulay had successfully created: a member of a class of Indians who were brown on the outside but who espoused British values and thinking.”

For centuries, Ayurveda has served as the basis of traditional medicinal practices among the people of India.

It’s rooted in the Vedas, India’s most sacred texts, written more than 5,000 years ago. Collectively, the Vedas represent a vast set of guiding principles in four parts.

Of these four, the Atharvaveda includes guidance on Ayurveda, which translates from Sanskrit as the “sacred knowledge” or “science” of life.

Ayurvedic texts and traditions outline the concept of the doshas and how they impact body, mind, and spirit. Their influence can be found in foods, seasonal changes, relationships, and mental-emotional states.

A fundamental principle of Ayurveda teaches that all health begins with digestion, both of foods and experiences.

These principles make up Ayurveda’s comprehensive approach to health: the unison of mind, body, and spirit.

In adulthood, Bhargava was surprised to see Ayurvedic medicines gracing the shelves in pharmacies and health food stores.

Marketed with anglicized names, attractive packaging, and streamlined delivery methods like pills and tablets, these products only vaguely resembled the remedies of her grandmother.

“The expensive allopathic colic medicine we bought at the local pharmacy had fennel seed extract in it,” she says.

To her, this was Ayurveda’s attempt to re-establish itself in a world that had rejected it.

“These were the people who had the money,” says Bhargava. “Ayurveda had realized that they needed to appeal to these people. And the best way to appeal to them was to have anglicized names and looks.”

Others misunderstood how Ayurveda worked, expecting quick cures and symptom relief instead of a holistic system that takes the whole person and their environment into account.

To some, this led to the dilution of Ayurveda as a poor substitute for Western medicine.

Still, many Indian people, including Bhargava, continue to rely on traditional methods, incorporating them into their everyday language and lives.

“Ayurveda was so much part of my heritage and tradition, that when my kids got a cough, I promptly gave them turmeric, milk, and honey,” she says. “I had absorbed the knowledge of how cumin seeds and cinnamon and cloves were ‘heat-producing,’ and since my constitution was vata and pitta, I had to avoid them.”

After completing two masters’ degrees, one in psychology and a second in sociology, Bhargava’s lingering interest in Ayurveda prompted her to pursue a PhD. Eventually, she published a dissertation titled “The Impact of Colonialism on Ayurvedic Medicine.”

After she completed her PhD in sociology from Rutgers University in 1989, Bhargava continued to work as a psychologist and taught sociology at both Rutgers and Kean Universities.

Prior to the COVID-19 pandemic, Bhargava taught mindfulness and meditation classes at senior centers across New Jersey. She currently offers virtual satsangs, or spiritual discourses, to young children on topics related to Hinduism and life skills.

Bhargava also serves as the executive director of the nonprofit, I Create India, which teaches entrepreneurial skills to youth, women, and veterans of the Indian armed forces.

When asked how she thinks her work has impacted the community, she shies away from taking any credit.

Instead, she emphasizes her hope for others to understand the deep cultural value of Ayurveda and to honor and celebrate its wisdom.

“Decolonization means, to me, being proud of who we are and proud of our tradition,” Bhargava says. “We don’t need the approval of the Western countries.”

She notes that both Western medicine and Ayurveda have their place in health and wellness. She believes they must be integrated for the benefit of humanity.

Bhargava points to a Buddhist principle: the middle path. This idea teaches tolerance and moderation rather than veering to extremes.

When it comes to decolonizing, Bhargava’s perspective echoes the depths of Indian philosophy and cosmology. It invokes the Indian concept of time, which is cyclic rather than linear.

Known as Kaal Chakra, or the Wheel of Time, it includes alternating phases of ignorance and awareness, similar to the Western relationship between the Dark Ages and Renaissance.

“During British colonialism, the Wheel of Time took Ayurveda down to the base,” says Bhargava.
“But the wheel is turning. Ayurveda is gradually making its way to the top. What better way is there to decolonize Ayurveda? The Kaal Chakra is doing it for us.”

Over the past several decades, there’s been a worldwide resurgence of awareness toward Ayurveda as it morphs in expression from ancient to modern to global.

Integral to Ayurveda in all its forms is a sense of place in the context of a larger cosmos.

For Bhargava, this involves seeing the big picture, including the ability of systems like Ayurveda to be of benefit to all.

Bhargava notes that Ayurvedic education is largely democratized now. It’s freely available in the form of online learning and Ayurvedic colleges that welcome all knowledge seekers.

“Ayurveda, like allopathy, belongs to the whole world. Everyone should use it, research it, add to it, and take it forward,” she says. “Confining it only to India is not decolonization.”

For Bhargava, sharing Ayurveda is part of India’s legacy and contribution to the world.

“A self-confident people are able to share what is theirs with others,” she says.

She quotes Mahatma Gandhi’s words, “I do not want my house to be walled in on all sides and my windows to be stuffed. I want the cultures of all the lands to be blown about my house as freely as possible. But I refuse to be blown off my feet by any.’”

Following her grandmothers’ guidance, Bhargava says, “You can’t treat one part and forget about the rest of the body!”

In honor of that, she encourages a whole person approach to health, including:

“Ayurveda is my tradition, so I believe in fasting and that cleansing with juices is good for me and will keep my digestive system in good shape,” she says. “Macaulay could not take that away from me.”

In addition to caring for the body through Ayurveda and yoga, Bhargava believes in nurturing the spirit through meditation and prayer.

She suggests three ways you can take charge of your own healing with Ayurveda in mind:

These days, there’s a wealth of information you can use to learn about Ayurveda, the doshas, and how they relate to your health.

The resources below are great places to start.

Have an open mind

Don’t take everything at face value, especially when it comes to your health and well-being.

Bhargava paraphrases Shakespeare: “There is so much more in this world, Horatio, than your philosophies can dream of.”

Become your own “thought police”

Don’t believe everything you think.

Make a practice of taking note of your thoughts and redirecting them when they aren’t kind, compassionate, and constructive. This includes thoughts about yourself and others.

Though Ayurveda is rooted in ancient Indian tradition and thought, it’s increasingly practiced as a form of complementary medicine throughout the world.

Its traditions are still alive in this integrated approach.

Bhargava emphasizes honoring the wisdom of the Ayurvedic traditions and respectfully learning from them to promote body, mind, and spirit-based health for all.

Nandita Godbole is an Atlanta-based, Indian-origin food writer and author of several cookbooks, including her latest, “Seven Pots of Tea: An Ayurvedic Approach to Sips & Nosh.” Find her books at venues where fine cookbooks are showcased, and follow her at @currycravings on any social media platform of your choice.

Oct 3, 2022 Mary Simonson
We use cookies on our website to give you the most relevant experience by remembering your preferences and repeat visits. By clicking “Accept All”, you consent to the use of ALL the cookies. However, you may visit "Cookie Settings" to provide a controlled consent.
Cookie SettingsAccept All
Manage consent