Chris Selley: Canadians feel smug about their health-care system right up until they need it 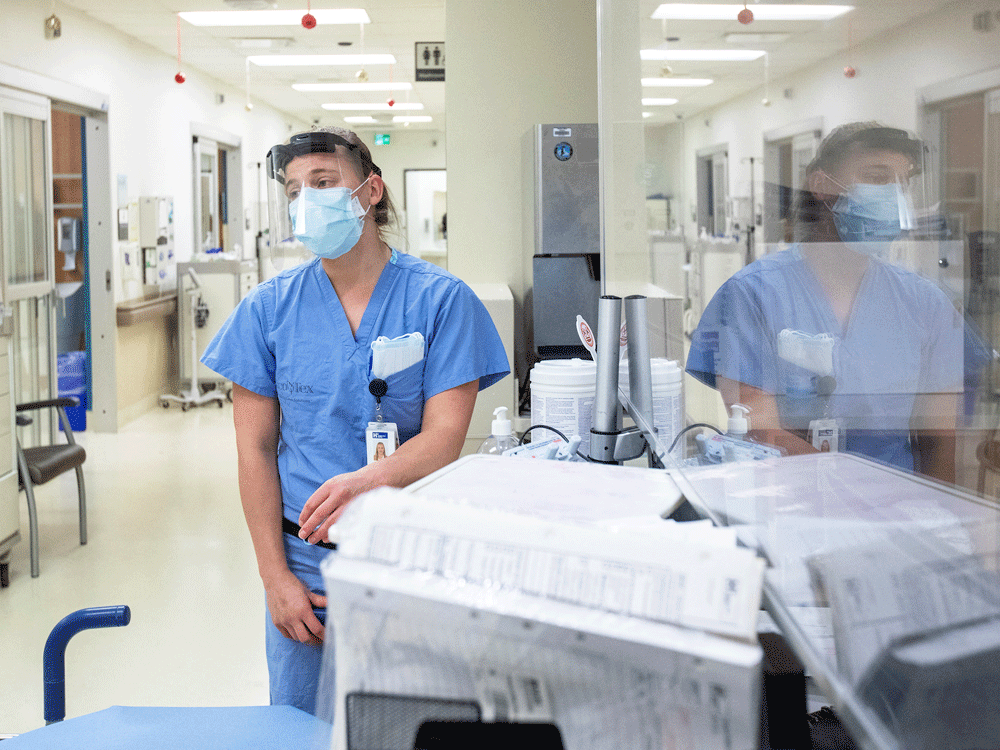 As more and more countries abandon their pandemic restrictions ahead of Canada — it’s not just those crazy Americans anymore — the robustness and capacity of our health-care systems has quite rightly become a leading topic of discussion. Canadians would still disagree on whether and how to restrict everyday activities if we weren’t worried about running out of ICU beds, and if we didn’t have to cancel surgeries to deal with COVID surges, but it would be a hell of a lot easier to argue for freedom without that collateral damage waiting to be inflicted.

Depressingly, but inevitably, that discussion has activated the Canadian instinct to see just about any proposed reforms or innovations in health care — beyond throwing more money at it — as an undercover campaign for “American-style” health care. You might think a once-in-a-century pandemic would finally snap us out of this self-indulgent reductio-ad-absurdum, but anyone who spends any time following these discussions can attest that it has not.

“The pandemic has provided opportunity, and cover, for politicians, such as (Alberta Premier Jason) Kenney, and medi-entrepreneurs who have long wanted to cash in on health care through the public purse,” Gillian Steward warned in the Toronto Star this week, noting Kenney’s argument that U.S. states’ much-greater hospital capacity makes it easier for them to reopen.

“Of course, (Kenney) doesn’t mention that so many of those hospitals are for-profit and patients must pay either through private insurance, pay out-of-pocket, or go without any treatment at all,” Steward wrote. A dark vision of things to come, perhaps.

Kenney isn’t shy about stumping for various health-care reforms that grate against NDP/Council of Canadians-style medicare dogma, so it’s not surprising he hears a lot of it. “Jason Kenney and the UCP (are) trying to tear down public health care so they can go to a private, American-style model,” Alberta NDP Leader Rachel Notley warned last summer.

But you hear it just about any time a conservative government seeks or takes power, and not just in Canada either. Fearmongers regularly deploy the “American-style health care” bogeyman in the United Kingdom and Australia as well. Earlier this month, former Australian prime minister Kevin Rudd accused current PM Scott Morrison of “ratfu–ing Australians” by declining to distribute mass quantities of free rapid antigen tests — RATs, get it? — to anyone who wants them, leaving those who don’t meet states’ testing criteria to purchase their own.

Ironically, the U.S. federal government is doing exactly what Rudd wants Morrison to do: Americans can fill out an online form and the U.S. Postal Service will deliver them a package of four rapid tests, gratis ( though it might take a while ). The endless, byzantine corridors of American health care aren’t completely devoid of good ideas.

But the system writ large is a grotesquely expensive mess, delivering middling results. People are right not to want anything to do with it. When politicians say they’re not interested in importing it to Canada, you should probably believe them — not because you should trust politicians, goodness knows, but because if they actually succeeded in their dastardly scheme, they would be run out of town on a rail. America’s health-care system is a world-famous mashup of everything we do not want: eye-watering expense and middling results.

According to OECD figures, American governments spent $9,054 per capita on health care in 2019 — the most among developed nations by a mile. Second place is Norway, at $5,803 per capita. Canada is way down at $3,768 per capita. (All figures are U.S. dollars.)

And what do Americans get for it? A Commonwealth Fund report published in August last year ranked the U.S. 11th out of 11 OECD countries studied on health-care outcomes, thanks in part to “exceptionally poor performance” on maternal mortality (17.4 per 100,000; second-worst was France at 7.6) and the trend in preventable deaths (they were down 14 per cent in the U.S. from 2009 to 2019, but a remarkable 51 per cent in New Zealand).

Tenth place out of 11 in the Commonwealth Fund rankings on health-care outcomes went to … Canada.

If the pandemic has produced a near-consensus that Canada’s health-care system needs more capacity and flexibility, we should also be able to agree that it needs to be as efficient as possible — and that other countries have much to teach us there, even if they offer private insurance (the dreaded “second tier”) or use more private-sector service-delivery. The alternative almost certainly isn’t that Canadian governments will keep throwing money at the current system until the desired results are achieved. Much more likely, once the pandemic is over and the bills come due, the momentum will peter out and we’ll go back to being happy we’re not American.

That would be a very Canadian outcome. I just hope I won’t be around to see how it works out in the next pandemic.

Sign up to receive daily headline news from Regina Leader-Post, a division of Postmedia Network Inc.

Thanks for signing up!

A welcome email is on its way. If you don’t see it, please check your junk folder.

The next issue of Regina Leader Post Headline News will soon be in your inbox.

We encountered an issue signing you up. Please try again

Maintain your immune system with Vitamin