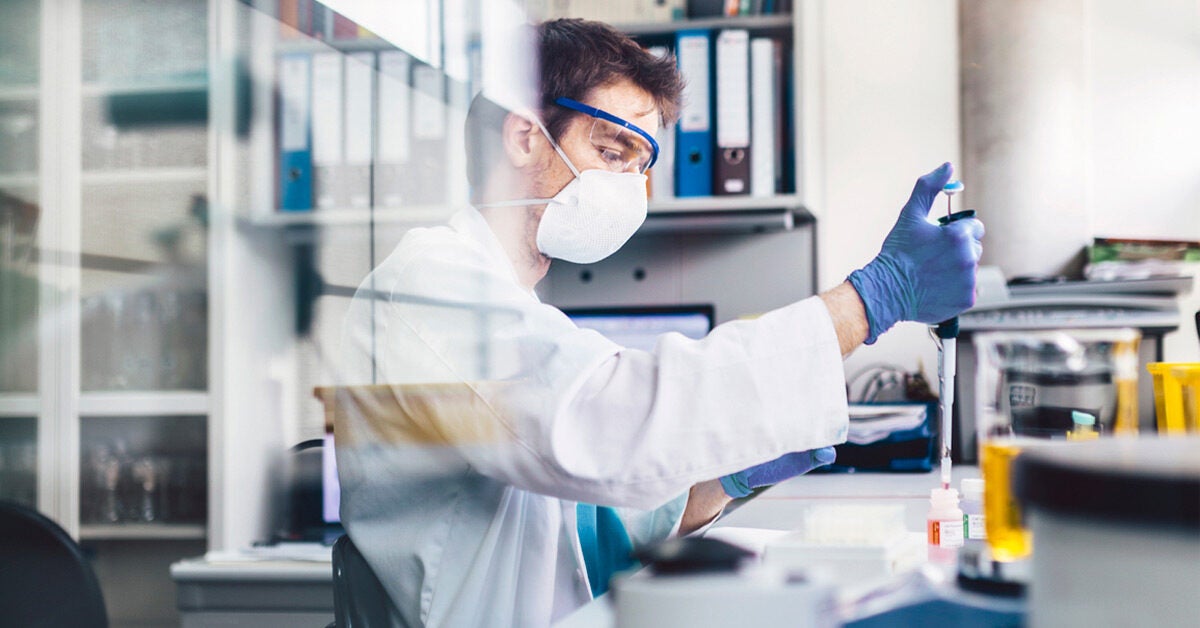 Lupus is a chronic autoimmune condition that attacks healthy tissue. It can cause episodes of fatigue, pain, or swelling in the joints, skin rashes, headaches, sensitivity to light, and chest pain while breathing in deeply. In extreme cases, it can be fatal when it causes damage to internal organs.

No cure exists for lupus. Physicians deploy an array of therapies aimed at lessening its symptoms and reducing the damage it can cause.

At the American Chemical Society’s Fall 2022 meeting on August 21, 2022, Bristol Myers Squibb (BMS) presented the results of promising research regarding a pill BMS hopes will be able to directly treat systemic lupus erythematosus (SLE). SLE is the most common form of lupus.

The new pill is called afimetoran, and it has reduced lupus-like symptoms, reversed organ damage, and prevented fatalities in mice.

Albert Roy is currently executive director of Lupus Therapeutics of the Lupus Research Alliance, and will become president and CEO of the Alliance in September 2022. He described the effects of SLE to Medical News Today:

“Up to 90% of people with lupus will have inflammation or swelling of the joint lining, causing stiffness and pain, most often in the hands and wrists. Most people with SLE experience unexplained fevers.”

Fatigue from lupus, Roy noted, can be “severe enough to significantly impact patients’ quality of life, including lessening their ability to function at home or at work.”

“About half of people with lupus experience a red ‘malar’ rash that may appear across the cheeks and bridge of the nose in the shape of a butterfly or on other parts of the body, and can be painful or itchy. Because many people with lupus are photosensitive, skin rashes often first develop or worsen after being out in the sun.”
— Albert Roy, executive director of Lupus Therapeutics

“Specifically,” said Roy, “people with lupus are at an increased risk for — the deposition of fats and cholesterol [plaque] along the lining of the arterial wall. In some people, inflammation can occur in the heart itself (myocarditis and endocarditis) or the membrane that surrounds it. Endocarditis can damage heart valves, which can result in heart murmurs.”

“When the disease affects the kidneys, it’s called lupus nephritis, and patients generally require intensive drug treatment to prevent permanent damage. Lupus also may attack the brain or central nervous system, which can cause seizures or stroke,” he continued.

Adding to the challenge of addressing lupus’ symptoms, said Roy, is that, “There is no single test to definitively diagnose lupus, and it could take months or even years to be sure.”

“Typically, your doctor will conduct a complete medical history and physical exam, including blood tests. The doctor may also perform skin and kidney biopsies (extracting tissue samples that are then examined under a microscope) to make a diagnosis.”
— Albert Roy, executive director of Lupus Therapeutics

The other common types of lupus, Roy said, are:

Afimetoran inhibits the function of cellular proteins TLR7 and TLR8.

TLR7 and TLR8 trigger the immune system, usually in response to foreign RNA. However, in people with lupus, they activate the immune system when they mistake the individual’s own RNA as a threat, causing a range of lupus symptoms.

“It is well-documented, said Roy, “that aberrant activation of TLR7/8 is potentially pathogenic and linked to the progression of certain autoimmune diseases such as lupus. Prior efforts to develop inhibitors of TLR7/8 have been largely unsuccessful because of the challenge of producing a small-molecule inhibitor for these difficult targets.”

“The first remarkable finding was the identification of small molecules that could bind directly to TLR7 and TLR8 and inhibit their function, confirming these as valid drug targets for this modality,” he told MNT.

BMS identified the molecules by screening the company’s massive collection of compounds for any that might block TLR 7 and 8.

“The compound collection is a physical inventory of a large number of purified samples that has been curated over many years and is carefully stored for ongoing use. The samples of the collection come from internally prepared materials, as well as samples purchased from external sources. For the TLR screen, 1.25 million samples from this collection were tested for their inhibitory ability in cellular assays.”

“TLR7 and TLR8 function as part of the innate immune system, providing surveillance against pathogens. They are not alone in that role, and a range of other proteins in the body serve similar and overlapping protective functions. That redundancy supports the idea that an inhibitor of TLR7 and TLR8 could be administered without undue concern of broad immunosuppression.”

“For mouse models of lupus, we were able to show that not only could we prevent the development of lupus-like symptoms in the animals receiving our compound treatment prior to disease onset, [but] we could [also] actually reverse the symptoms in animals that had established disease, preventing the lethality that is associated with these very challenging models,” Dr. Dyckman said.

“Reversal such as this had not been demonstrated with other mechanisms that we had evaluated in the animal models of disease prior to this work,” he added.

The researchers also found that afimetoran worked well alongside corticosteroid treatments in in vitro studies and in mice. This is important because physicians often prescribe such steroids to address lupus’ inflammatory symptoms.

“In phase 1 human clinical trials,” said Dr. Dyckman, “we were very pleased to find that across a range of single and repeated dose levels, afimetoran was well tolerated.”

With a 24-hour single dose, he said, “afimetoran, once-daily, was able to almost completely block signaling through TLR7 or TLR8 with very low doses.”

BMS will continue monitoring safety during the phase 2 trials.

“The Lupus Research Alliance and Lupus Therapeutics,” said Roy, “are proud to be partnering with BMS, Amgen, Lilly, UCB, Biogen, and Vera Therapeutics to advance and evaluate their novel therapeutic approaches.”