12 Ways Thongs Can Affect Your Health, From Thong Rash To Odors 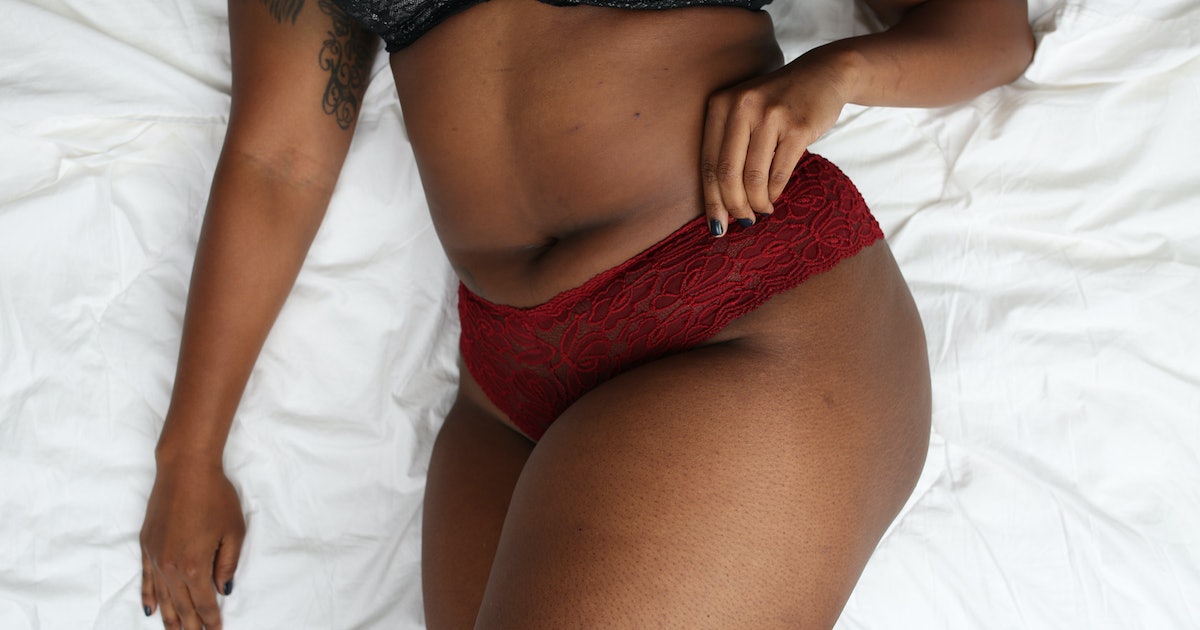 While it’s totally up to you to decide which type of underwear you prefer, there’s no denying that wearing a thong every day can impact your health. If you’ve been dealing with yeast infections, odors, and/or itchiness, it may be that skinny piece of fabric that’s to blame.

That’s not to say, however, that thongs give everyone a problem. If you like to wear them and haven’t noticed any issues, then by all means, proceed. “If a thong is comfortable and not irritating to your vulval area … it is fine to wear one every day,” Dr. Vanessa MacKay, Vagisil Partner and OB/GYN, tells Bustle. But do consider choosing one that’s healthiest for your body.

“Using a breathable cotton brand will reduce the risk of irritation,” MacKay adds. “If your vulva is sensitive to the thong style, you may increase the risk of irritation and inflammation of the vulva by wearing it daily. I’d recommend wearing what is comfortable for your body.” And always remember to change your underwear after working out so excess sweat and moisture won’t lead to any issues.

That said, don’t put it past thongs to create some vaginal health issues, including thong rash. Read on for a few ways this style of underwear can cause issues, as well as all the (rather surprising) reasons why.

1. Thongs Can Change The pH Of Your Vagina

Depending on the fabric of your thong, you might notice an increase in annoying issues down below. “Any non-breathable fabric can cause excess moisture,” MacKay says. “This can lead to a change in the pH of the vulva and vagina causing a potential overgrowth of bacteria and/or yeast. This in turn can lead to vulval irritation and inflammation.”

2. They Can Change Odors

All that excess moisture can lead to an increased chance of vulval and vaginal odor, says MacKay. If you’ve noticed smells that are out of the ordinary for you, it may be due to a yeast infection or other type of bacterial overgrowth. When that’s the case, it’s definitely time to see your gynecologist. And it may even mean you need to switch things up when it comes to your favorite underwear.

3. They Can Lead To Itchiness

Again, the very nature of thongs can lead to itchiness and irritation — as well as whatever irritants may be on them. “Harsh fabrics with potential chemical irritants can … lead to vaginal itching,” MacKay says. “This can … include washing your underwear with harsh soaps, laundry detergent, and/or fabric softener.” If you feel itchy, try switching detergents. Or, you might want to consider wearing a different type of underwear.

4. Thongs Can Shift Bacteria Around

“When wearing a thong, there’s a higher chance of bacteria sticking to the thong and taking a ride from the back to the front of your underwear along the fabric, especially if your thong is ill-fitting,” says Katie Fritts, founder and CEO of the underwear subscription service Underclub. If you’re going to wear one, make sure it’s the correct size so that isn’t as likely to happen.

5. The String Can Cause Inflammation

Since thongs get all up in your business, it is possible to experience some chaffing and inflammation due to the string. And if you’re having issues going to the bathroom (and are wiping more often), Fritts tells me a thong can make matters worse. “The last thing you want is anything else irritating this area,” she says.

Simply walking around in a thong can cause thong rash, or a feeling of irritation from the fabric rubbing against your skin. But if you’re an athlete, or someone who hits the gym on the regular, this issue can be even worse. As Fritts says, “Thongs can cause rashes with athletes who do a lot of floor training exercises that create friction between your butt and underwear like sit ups or any exercise when you are on your back and butt.”

8. Skip Thongs During Your Period

In addition to general discomfort, wearing a thong during your period could have negative health effects due to potential bacteria buildup. “The pH of the vagina is normally acid pH, and blood raises your pH,” says Dr. Jill M. Rabin, an Associate Professor of Clinical Obstetrics & Gynecology and Women’s Health at Albert Einstein College of Medicine. “So, when your pH goes up, that’s when bacteria has a better chance of growing.”

9. It Can Cause Chafing

Since thongs aren’t always made from the comfiest material, chafing is a potential hazard you should try hard to avoid. Ob-gyn Dr. Hilda Hutcherson, M.D., says that a thong being “too tight or too small” is why the chafing happens so keep fit top of mind.

While this likely won’t happen after a day of wearing, it’s possible that a thong could lead to tiny wounds along your vagina and anus. “Sometimes they can be made out of material or fabric that can, as it rubs against the skin, especially between the butt cheeks, cause some abrasions,” says Hutcherson.

11. It Can Expose You To Bacteria When You Try On Clothes

When you’re headed out for an in-person shopping day, it’s probably best to ditch your thong. “You definitely want to go with full-fledged bikini briefs in this case,” says Jill Rabin, M.D., professor of obstetrics and gynecology at Hofstra North Shore-LIJ School of Medicine. “This way, you’ll protect yourself from germs left by the last eight women who tried on, then discarded the bikini bottoms in your try-on pile.”

12. It Can Irritate Your Hemorrhoids

Wearing thongs may not directly cause hemorrhoids, but they can certainly make things worse. “If the thong is kind of ‘hiked up’ in there, it can irritate the rectum and further inflame hemorrhoids,” says ob-Gyn, Shieva Ghofrany, M.D. All in all, this undergarment isn’t necessarily bad for you, but it’s important to note that it can cause challenges depending on how and when you wear it. Just keep that in mind when deciding whether or not to add thongs to your underwear rotation.

This article was originally published on July 12, 2017