11 Israeli projects get millions in funding for personalized medicine research 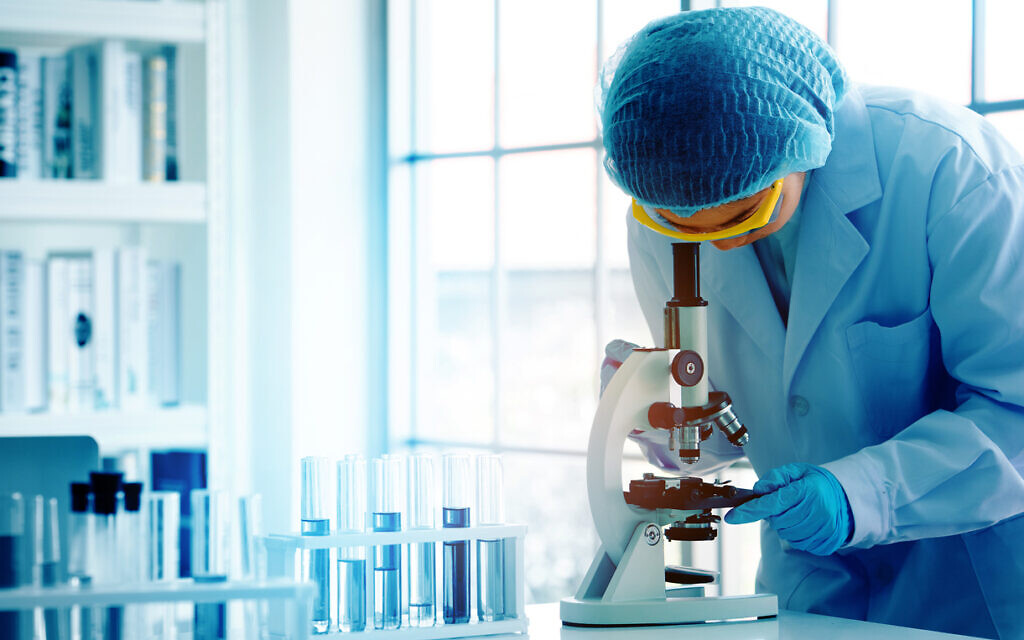 A partnership created to boost precision medicine research in Israel has chosen 11 multidisciplinary projects that will together get some NIS 32 million ($9.9 million) in funding to promote a variety of studies. These include the use of advanced algorithms and artificial intelligence for treating breast cancer and Crohn’s disease, genomic sequencing and analysis for the discovery of new disease genes, and treatments for rare disorders, and advanced machine learning image analysis to profile different cancers.

The Israel Precision Medicine Partnership (IPMP), launched in 2018, aims to expand personalized precision medicine research by supporting studies that are expected to lead to a deeper understanding of human diseases and advance the implementation of new healthcare approaches. The overall IPMP budget, some NIS 210 million, enables funding of four application cycles. The duration of each project is up to four years.

The 11 approved research projects are part of the third cycle for the initiative.

IPMP is a collaboration between the Israeli government, including the Planning and Budgeting Committee of the Council for Higher Education and the Digital Israel initiative of the Ministry of Social Equality, the Klarman Family Foundation in the US, and the Yad Hanadiv Foundation in Israel. The IPMP program is administered and operated by the Israel Science Foundation (ISF).

“In IPMP’s third program cycle, we once again witnessed a wealth of outstanding research proposals that reflect the depth of science and the spirit of collaboration among researchers and physicians in Israel, and among universities, hospitals, and health funds,” said Prof. Yuval Dor, head of ISF’s Life Sciences and Medicine Division, in a statement. “The winning proposals come from a variety of universities and medical institutions, address fundamental questions in human health, and are expected to generate important scientific insights and medical applications.”

The winning research projects use data from the Israeli healthcare institutions’ tissue banks and unique databases, while protecting patient privacy, according to the announcement.

In May last year, 16 projects were selected to receive NIS 60 million ($17 million) in grants, and 14 teams were chosen the year prior for the first cohort, also with a budget of NIS 60 million.

The next call for proposals will be published in the coming months for the fourth and final cycle, according to the statement.

Among the 11 research studies selected, out of 99 submitted, are a team of biologists, neurologists and pharmacologists from the Technion-Israel Institute of Technology, the Weizmann Institute of Science, Tel Aviv University, and the Sourasky Medical Center-Ichilov in Tel Aviv who will receive a NIS 3.6 million ($1.12 million) for a program to discover precision biomarkers for amyotrophic lateral sclerosis (ALS, also called Lou Gehrig’s disease).

A team from the Weizmann Institute of Science and the Rabin Medical Center (Beilinson) in Petah Tikva will study the use of AI and “super-resolution” algorithms to develop personalized diagnosis and treatment of breast cancer and Crohn’s disease, also with a grant of NIS 3.6 million ($1.12 million).

A group of scientists from the Hadassah Medical Center in Jerusalem, the Hebrew University of Jerusalem, and the Weizmann Institute will use high-dimensional imaging technology to study tumor-immune micro-environments in dozens of melanoma patients with the goal of developing predictive biomarkers to guide patient-specific selections of therapies. Their grant is for NIS 2.8 million ($870,000).

Another team from the Shaare Zedek Medical Center and the Hebrew University of Jerusalem will harness an integrated computational and functional framework to identify genes and therapies in rare hereditary diseases, with a grant of 2.2 million ($680,000).

The Israel Precision Medicine Partnership believes that collaborations between researchers in universities and healthcare institutions “significantly advance research capabilities in the field in Israel, help accelerate the pace of discovery and the potential for implementing new therapeutic approaches, and position Israel at the forefront of global precision medicine research.”

Full disclosure: The Klarman Foundation’s Seth Klarman is the chairman and capital partner of The Times of Israel.

You get Israel news… but do you GET it? Here’s your chance to understand not only the big picture that we cover on these pages, but also the critical, juicy details of life in Israel.

In Streetwise Hebrew for the Times of Israel Community, each month we’ll learn several colloquial Hebrew phrases around a common theme. These are bite-size audio Hebrew classes that we think you’ll really enjoy.

Already a member? Sign in to stop seeing this


You’re serious. We appreciate that!


We’re really pleased that you’ve read X Times of Israel articles in the past month.

That’s why we come to work every day – to provide discerning readers like you with must-read coverage of Israel and the Jewish world.

So now we have a request. Unlike other news outlets, we haven’t put up a paywall. But as the journalism we do is costly, we invite readers for whom The Times of Israel has become important to help support our work by joining The Times of Israel Community.

For as little as $6 a month you can help support our quality journalism while enjoying The Times of Israel AD-FREE, as well as accessing exclusive content available only to Times of Israel Community members.

Already a member? Sign in to stop seeing this