10,000 steps vs. power walking: Are they equally beneficial? 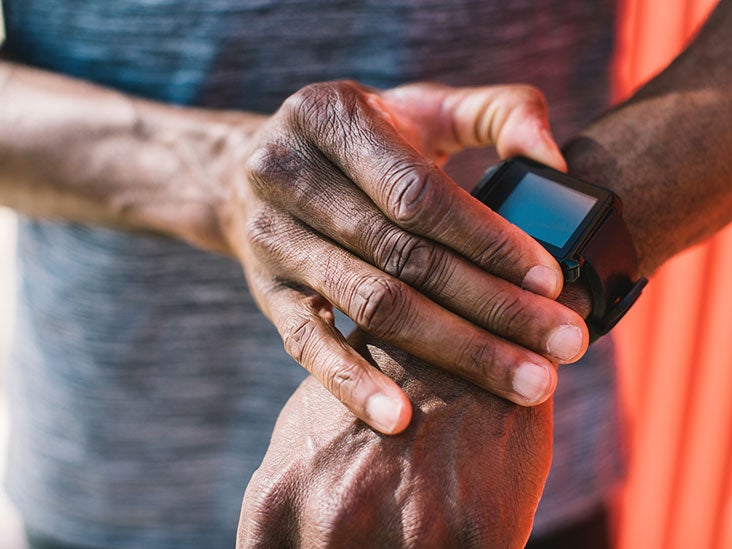 For maintaining one’s health, experts typically recommend walking 10,000 steps each day. For some, daily schedules and other factors make achieving this goal difficult. A new, large observational study finds that there are also health benefits to taking fewer steps, and that pace also affects walking’s impact on well-being.

“10,000 daily steps is a popular target that has been around for several decades,” Prof. Emmanuel Stamatakis, study senior author and professor at the University of Sydney, told Medical News Today. “However, there has been very little empirical evidence to support its specific health benefits until now.”

Among the study’s findings are that for every 2,000 steps taken, a person lowers their risk of all-cause death by 8% to 11%.

Professor Paul Arciero of the Human Physiological Sciences Department at Skidmore College, who was not involved in the study, told MNT that the study’s most fascinating conclusion “was how beneficial increasing daily step count is, regardless of the number of steps up to the well-known 10,000 target.”

“In other words, simply increasing the number of steps beyond a minimal starting point, say 1,000 steps [per] day, is beneficial. This is very encouraging and motivational news for the least active individuals,” he said.

The study is published in .

“Stepping up the pace during walking may be as important as the total number of steps people do,” pointed out Prof. Stamatakis.

The study found that power-walking offers an additional reduction of risk for the same health conditions that walking helps prevent.

“People who cannot fit 10,000 steps in their daily routine could try 1–2 minute-long bursts of very fast or maximal pace during any normal walk from point A to B. Such bursts, repeated a few times daily, could potentially improve fitness and lower the risk of the long-term health outcomes we examined in our study.”
— Prof. Emmanuel Stamatakis

“This is great news for those with time constraints,” said Prof. Arciero.

The study confirmed that for optimal health benefits, “the ‘sweet spot’ is at or very close to 10,000 steps,” said Prof. Stamatakis.

In addition, the effects of walking were not dependent on age, co-lead author Professor Borja del Pozo Cruz, of the University of Southern Denmark and senior researcher at the University of Cadiz, told Medical News Today:

“We conducted moderation analysis to precisely check this. However, age did not come out as an effect-modifier in our study. Other studies have shown different results for younger and older adults, whereby younger adults needed to do more steps to maximize the benefits associated with steps.”

The authors of the study analyzed UK Biobank data for 78,500 individuals who wore a fitness tracker 24 hours a day for 7 days. Their average age was 61.

“This was the largest population study,” noted Prof. Arciero, “that showed more steps [per] day — up to 10,000 — was associated with reduced risk for certain cancers, heart disease, and mortality among women and men with an average age of 60 years, up to a seven-year follow-up period.”

Being an observational study, definitively identifying causal connections are beyond its scope, as Prof. del Pozo Cruz explained:

“It is a limitation shared by many epidemiological studies. However, based on our hypothesis, previous research linking physical activity with health outcomes, and our causal inference approach taken, we can generate fairly strong hypotheses that steps are associated with health outcomes, including CVD and cancer.”

“We took several measures to minimize the possibility that, e.g., the strong associations we found were due to less healthy people both having higher risk to die prematurely and being less able to walk because of their compromised health,” Prof. Stamatakis added. “Such measures included excluding participants with severe disease at baseline and removing from our analyses participants who had an event in the first two years of follow-up.”

Prof. Arciero agreed and said the study “is convincing evidence that walking more steps [per]day, at any level, is an effective lifestyle strategy to enhance our health.”

“Other useful research would be to figure out if steps is a feasible target in public health interventions. For example, would older adults uptake better a recommendation based on steps than on physical activity in general?” he said.

“One possible starting point,” said Prof. Arciero, “is to conduct randomized control trials on individuals with increased risk factors and/or early-stage disease onset for each of these disease states.”

He proposed, “targeted steps [per] day over both shorter and longer-term intervention periods while closely monitoring/controlling for nutritional intake and other lifestyle factors to assess the effectiveness of steps [per]day on reducing risk.”

“Ideally,” said Prof. Stamatakis, “the next step in this line of research would be large randomized controlled trials among previously inactive people assigned to different ‘doses’ of daily walking.”

“Such trials — which would ideally last for years — should provide simple and feasible motives to support, empower, and motivate people to meet the prescribed walking dose,” he added.

“[People] can do something simple that can assure some intensity to their steps. They can walk at a pace that makes it difficult to talk. Or they can measure distance and do distance in less time.”
— Prof. Borja del Pozo Cruz

In any event, he added, “It is not a common feature of fitness trackers to give steps [per minute]. Devices with GPS are able to give such metrics, but normally give miles per [minute] or [kilometers] per hour, or even distance per unit of time. With the evidence generated in our study, we are hoping to see more and more steps/minutes metrics incorporated in fitness trackers.”

Prof. del Pozo Cruz concluded that it was “important to stress the idea that every step counts and that benefits of walking start with the very first step.”

“We have provided tangible and practical recommendations that hopefully will give people and doctors tools to promote a healthier lifestyle. Walking is free! And our studies also demonstrate that can get you a long way,” he added.